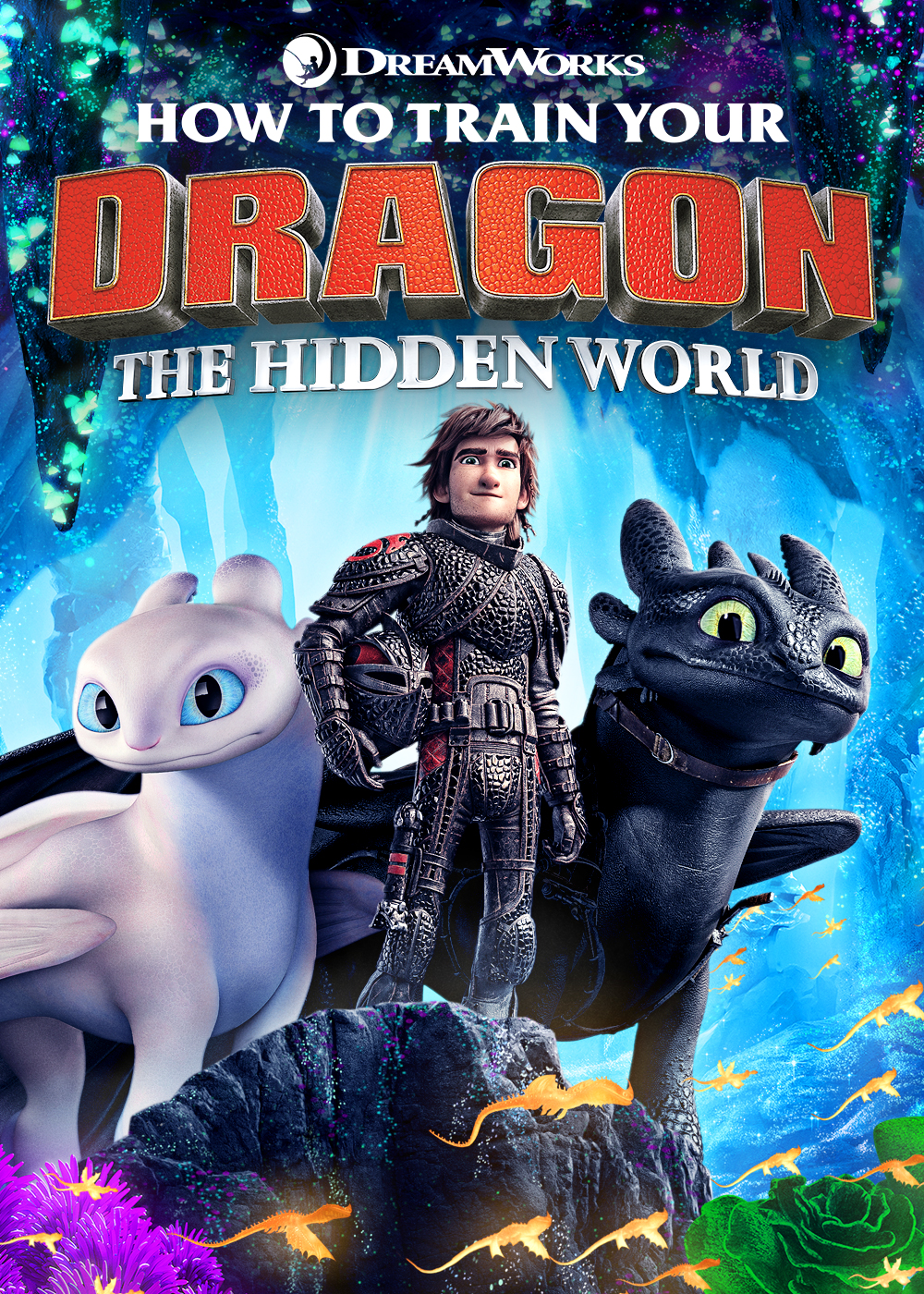 How to Train Your Dragon: The Hidden World – Movie Review

We think this movie stands out for:

A lot or a little?

The parents’ guide to what’s in this movie.

Hiccup and Toothless both learn that leadership requires some growing up, making hard choices for the benefit of those they lead. Hiccup has to overcome self-doubt; Toothless comes to understand he has needs beyond happy friendship/partnership with Hiccup.

Messages of inclusion, rising above self-doubt, courage, teamwork, familial support. Film is mainly about growing up. That applies to both Hiccup, the human, and Toothless, the dragon.

Both human and dragon main characters have to move past their childhoods and bravely take on great responsibility, which they do. Hiccup’s mother is supportive, courageous. Fellow warrior/love interest Astrid is practical, powerful. Hiccup has always been a strong example of lead male character who doesn’t conform to traditionally masculine characteristics.

Lots of dragon vs. human, human vs. human, and dragon vs. dragon battles. No blood or graphic violence, but suspense and peril: Characters are captured/in danger, the dragons are threatened by a villain. Fire. A character presumably falls to his death. Dark forces want to kidnap, enslave dragons to conquer the world.

Some insults, plus “butt.”

Nothing in the movie, but many real-life How to Train Your Dragon tie-ins available, from video games and figurines to apparel and toys.

Vikings may be drinking ale, but the drinks aren’t identified, and no one gets drunk.

Stay up to date on new reviews.

Get full reviews, ratings, and advice delivered weekly to your inbox. Subscribe

In HOW TO TRAIN YOUR DRAGON: THE HIDDEN WORLD, the humans living in the Viking town of Berk have become completely integrated with their dragon friends. Hiccup (voiced by Jay Baruchel), now a young man, has ascended to chiefdom with his trusty alpha dragon, Toothless, by his side. But human warlords who want to conquer the world are bent on enslaving dragons to fight, including the ones who live in Berk. They enlist master dragon hunter Grimmel (F. Murray Abraham) to capture Toothless; he unleashes a female dragon to distract Toothless. Ultimately both Toothless and Hiccup find they must make momentous decisions for the future of their kind.

Is it any good?

This series’ secret weapon has always been its gorgeous, atmospheric visuals; the third installment continues that strength but is weaker in other areas. Writer-director Dean DeBlois is still at the helm, but there’s some magic missing this time around. The humor, except in flashes (such as Kristen Wiig‘s Ruffnut annoying her captors, or visual details such as Jonah Hill‘s Snotlout’s failed mustache), falls flat. There is a memorable mating dance, of sorts, for Toothless and his lady dragon, that’s among the series’ more charming moments. But much seems poorly planned. There’s more than one “secret” battle inside strongholds, that — despite screaming, clanging, and things being burned to the ground — somehow don’t alert other warriors. Character threads go nowhere. The central human relationship between Hiccup and Astrid (America Ferrera) has little chemistry and presents a curious example for kids: We’re told (not really shown) that these two love each other and are expected to marry, but there’s not much evidence that they actually do nurture and support each other. The female dragon mirrors this in her relationship with Toothless.

But the movie’s visuals really are special. As in the first two films, the artists’ use of atmosphere, shadow, texture, light, and color gradation elevates How to Train Your Dragon: The Hidden World. And Toothless continues to be one of the cutest beasties in popular film. You may find yourself wondering why it’s called The Hidden World, when the movie spends about five minutes in that place. Still, it’s family-friendly, and fans of the first two will likely want to see how the gang is doing.

Talk to your kids about …