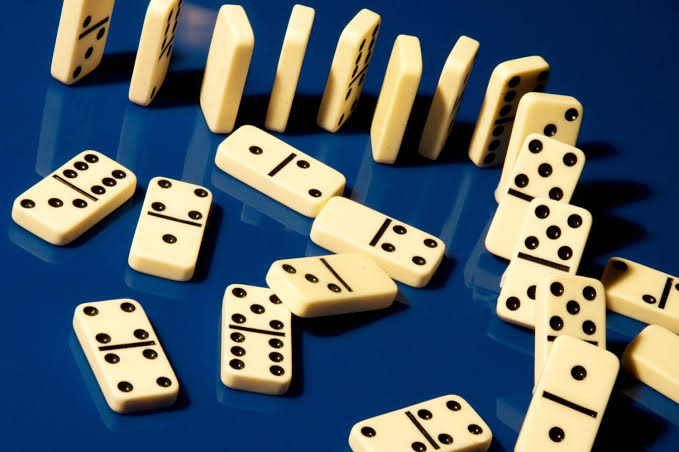 You may already play some domino games. If so, you may find that the rules on this website are not the exact rules as the ones you’ve learned. There are many domino games that go by different names and yet have extremely similar, and sometimes even identical, rules. Also, there are many games that go by the same name in various parts of the world, but the rules vary from place to place.
We have included on our website rules to many different domino games. Most of the domino game rules included on our website also included several different rule variations. Whether you choose to follow the rules precisely or create your own variation is irrelevant, as long as all the players clearly understand what the rules are and agree to them before the game begins. It is also important, of course, that you make sure the rules you choose to play with are functional.
The basic rules here apply to most domino games shown on our website, but not all of them. For example, there are a few games on this website where hands are not drawn, and, of course, the basic rules that pertain to more than one player would not apply to solitaire games.
In many domino games, a line of tiles is formed on the table as players make their plays, usually, but not always, by matching the pips on the open end of the domino. This formation of tiles is called the line of play. There are basic instructions listed here under Line of Play specifically for those games.

Shuffling the Tiles
Before every game, a player shuffles the tiles face down on a flat playing surface, thoroughly mixing them by moving them with his hands. The player’s hands may not stay on the same tiles while shuffling, and the player who does the shuffling should be the last to draw his hand for the game.
Players may choose to take turns shuffling before each game or the same player may shuffle the dominoes before each game.
Here are two of several options: 1) The player to the right of the player making the first play does the shuffling for a game; or, 2) The winner of the previous game shuffles for the next game.

Seating Arrangement
A player’s position at the table in a game with three or more players is called a seat.
One way to determine seating arrangements is by lot. After the tiles are shuffled, each player draws a domino from the stock. The player who draws the tile with the greatest number of pips has first choice of seats. The player holding the next highest seats himself to the left, and so on. If there is a tie, it is broken by drawing new dominoes from the stock. The tiles are returned to the stock and reshuffled before the players draw their hands. When a partnership game is played, the partners sit opposite each other.

Beginning the Game by Setting the Heaviest Domino
In some domino games, the rules state that the first play must be made by the player with the highest double in his hand. Rules for other games state that the first play must be made by the player with the heaviest domino, double or single, as the case may be.
Highest Double: After the tiles are shuffled, each player draws his hand from the stock. The player who draws the highest double of the set (i.e., double-9 if playing with a double-9 set), plays it as the lead. If the highest double was not drawn, the second highest double is played. If the second highest double was not drawn, the third highest double is played, and so on, until a double is played. If none of the players holds a double in his hand, all hands are discarded, reshuffled, and new hands are drawn. After the first player sets his double, the second play is made by the player to his left and play continues clockwise.
Heaviest Tile: Follow the instructions above for “Highest Double” with this exception: Instead of drawing new hands if no player holds a double tile, the player holding the heaviest single begins play.
Winner of the Last Game: The winner of the last game played may open the next game. Or, if a game ends in a tie, the player who placed the last tile plays the first tile in the next game.

Drawing the Hand
Each player draws the number of tiles specified in the rules for the domino game being played and then places them in front of himself in such a way that the other players can’t see the pips on his tiles.
After all hands have been drawn, there may be a surplus of tiles left in the stock. These tiles should remain face down, and, depending on the rules of the game being played, may be bought (See “Passing and Byeing” below.) later in that game.

Opening the Game
Determine who will make the first play, as explained above in “Order of Play” and according to the rules of the particular domino game being played. The player making the first play may be referred to as the setter, the downer, or the leader. He should place his tile face up in the middle of the table.
The words set, down, and lead are all used as verbs to refer to the act of making the first play of the game. “The set,” “the down,” and “the lead” are used as nouns to refer to the first domino played in a game and also the first play of the game.
Here is a rule variation that players may agree to employ: Anytime a player plays a double, whether for the opening of the game or anytime thereafter during the game, he may immediately play a second tile onto his double before the next player makes his play.

Passing and Byeing
Any player who does not hold a tile in his hand with the correct number of pips, and therefore cannot make the next play, must either pass or bye from the stock, according to the rules of the game. Some games permit players to skip a play if they so choose, even if they hold a playable tile.
Passing is also called knocking and renouncing. The player who is unable to make a play must announce to the other players, “I pass,” and then the next player takes his turn. If no one is able to make a play, the game ends.
In some games byeing tiles from the stock is allowed. In this case, a player draws the number of tiles he is permitted to take according to the rules of that game, adding them to the tiles he is holding in his hand. Once the player has drawn a tile he is able to play, he plays that domino.
There are many domino games that have the rule that all tiles in the stock may be bought, and there are others which have the rule that some tiles must be left in the stock and can not be bought. In the case of the latter, the number of pips on the tiles left in the stock at the end of the game would be added to the winner’s score.

Line of Play
There are many domino games that depend upon matching suits. In these games, the first player sets his domino, then the player to his left adds his tile to one of the free ends, and so on, going clockwise around the table with each player adding a tile. Players add tiles that have the matching number of pips with an open end of an already played tile.
As each player matches and plays a tile, a line is formed. This configuration of dominoes is called the layout, string, or line of play. In order to prevent tiles from falling off the table when the line of play extends too far, dominoes may be played in any direction. Regardless of the pattern of the line of play, the open end of the last domino played remains the same.
Dominoes are joined to the line of play in two ways: 1) with the line of play, lengthwise, the dominoes played end to end; or, 2) across the line of play, crosswise, the dominoes played across the matching number. In most domino games, doubles, and only doubles, are played crosswise; singles are played lengthwise, and the next tile is added after each double played, if the double is not a spinner, must be lengthwise.

End of the Game
Some domino games end once a certain number of hands have been played or a player or team makes the necessary points to win. For many other domino games, the object of the game is to be the first player (or team) to dispose of all the dominoes in your hand. These domino games end when a player has played all the dominoes in his hand before the other players and announces, “Domino.”
Sometimes none of the players are able to make another play. This is called a blocked game, and, in case the game is blocked and no one is able to make another play, the game would end.