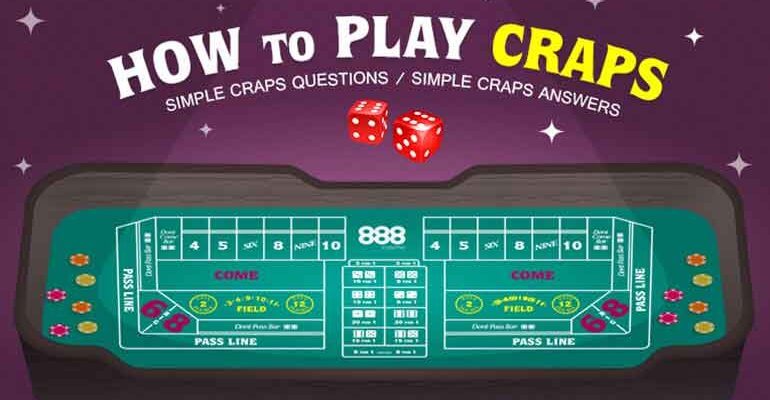 How To Play Craps – Learn In Less Than Four Minutes

Jeff: I’m Jeff Civillico headliner at the LINQ Hotel and Casino and today we’re playing some craps. You guys ready!?

Alright now craps can be complicated, yes, however Roger is here he’s gonna take us through all of the basics.

Remember to hit the back wall.

Now pick up your winning bets, or let it ride, stack it up. It’s called “Stackit or Rack it”.

Jeff: I’m stacking it, not racking it.

So, now 4 is the point. So, the goal is now to hit the point we need to make the four before we throw the bad number.

Roger: Now you can place a bet on any number you might have a particular number you like. They pay different odds depending on what number it is.

Roger: 10 will pay nine to five. When you want to place better number, you put the money in front of you and tell the dealer. This part of the game is mine and that part of game is yours.

Jeff: So, tell us about the field… what’s that all about?

Roger: …any of those numbers come in, the field wins!

Jeff: Alright the point is a four?

Jeff: I’m gonna throw another chip myself because this is self serve.

Roger: We’re coming out so pick up on your odds.

[Jeff rolls a 3. “3” LOSES on the pass line. Shooter crapped out, but thefield wins.]

If the line loses but the field wins I bet big on the field.

Jeff: Roger, if I’m just coming up to a craps table I want to get involved what bets do you think are the easiest to manage?

Roger: Well, if a person walks up to the table in the middle of a roll, a lot of times they’ll make a come bet because they don’t have a pass line bet and then they’ll start and jump right into the game that way.

Roger: Alright, so place your come bet in front of you, and now we’re gonna throw the dice there.

Jeff: Alright that’s really all there is to it folks! That is scraps 101! hope you’ve enjoyed watching!

I know it can be a little intimidating but don’t worry, our dealers are here tohelp at any Caesars Entertainment property, so come on down and get in on the fun!