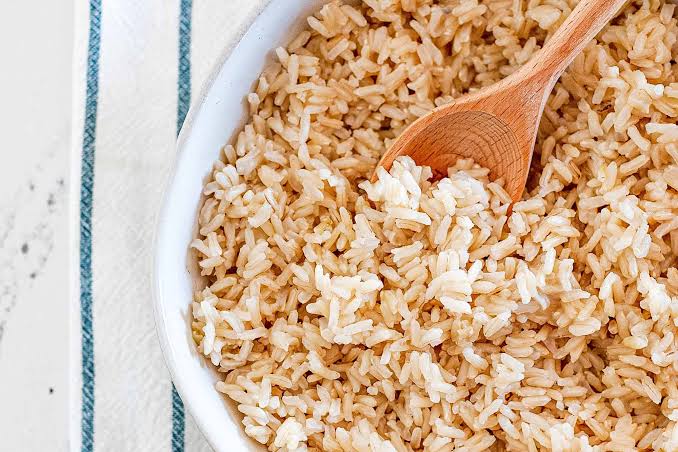 What is the the brown rice water ratio?

How long does it take to cook brown rice?

Brown rice usually takes about 45 minutes to become cooked and tender, once the water (or broth) comes to a simmer, and then it needs at least 10 minutes to stand before serving.

How do you freeze cooked brown rice?

Place it in freezer proof zipper top bags.  Pack them into whichever sizes you most likely will want to defrost in the coming months. Press the bag to squeeze out all of the air then seal it.   Label the bag with the date and also write Brown Rice on it.  Really you might think it’s barley or something when you encounter it in its frozen state months later, and you shouldn’t have to guess at what it is! It will keep in the freezer for at least 4 months, up to 6.

What is the difference between brown and white rice?

While brown rice has the outer hull removed, white rice also has the outer layer and the cereal germ removed in addition to the hull.

As for the nutritional difference, with brown rice more of the grain remains intact. In the process of removing the outer layer and cereal germ of white rice, some vitamins and minerals are lost – when you see enriched white rice that means they were added back in. Brown rice, however has more fiber (this is the biggest nutritional advantage brown rice provides), magnesium, folate and some other minerals. The higher level of fiber keeps you fuller longer.  Some studies have shown a lot of health benefits and associated with the consumption of brown rice and other whole grains.

Which kind of rice has more carbs and calories?

How many calories are in a cup of brown rice?

How long can you store brown rice?

If a bag is unopened, it will have a “Best Used By” Date on it. Once it’s opened you should transfer it to an airtight container and use it within about 4 months.  The same applies if you bought your rice in bulk.   Because of the natural oils it contains, it can go rancid more quickly than white rice.

What to Serve with Brown Rice?

Really anything you would serve with white rice!  Once you’ve made your pot of perfect brown rice you can serve it as is alongside anything from Mediterranean Pork Tenderloin with Roasted Vegetables to Pan-Seared Chicken Breasts with Roasted Tomatillo Salsa to Thai Salmon.