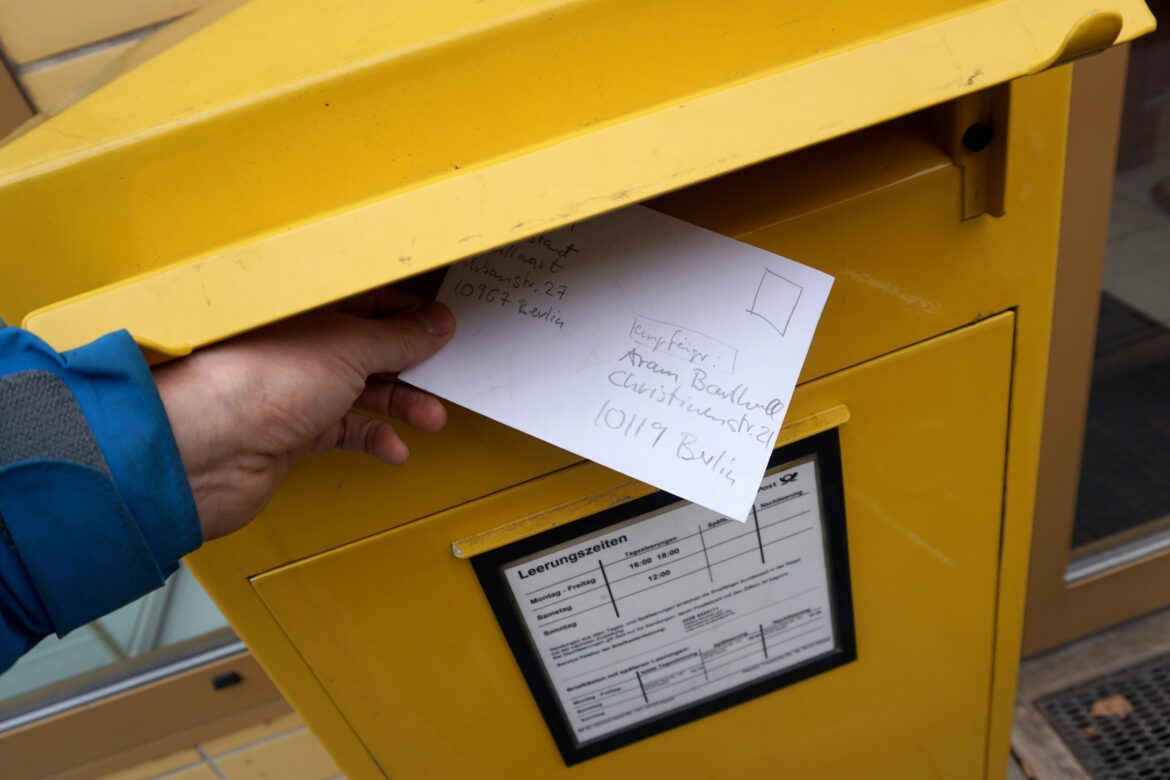 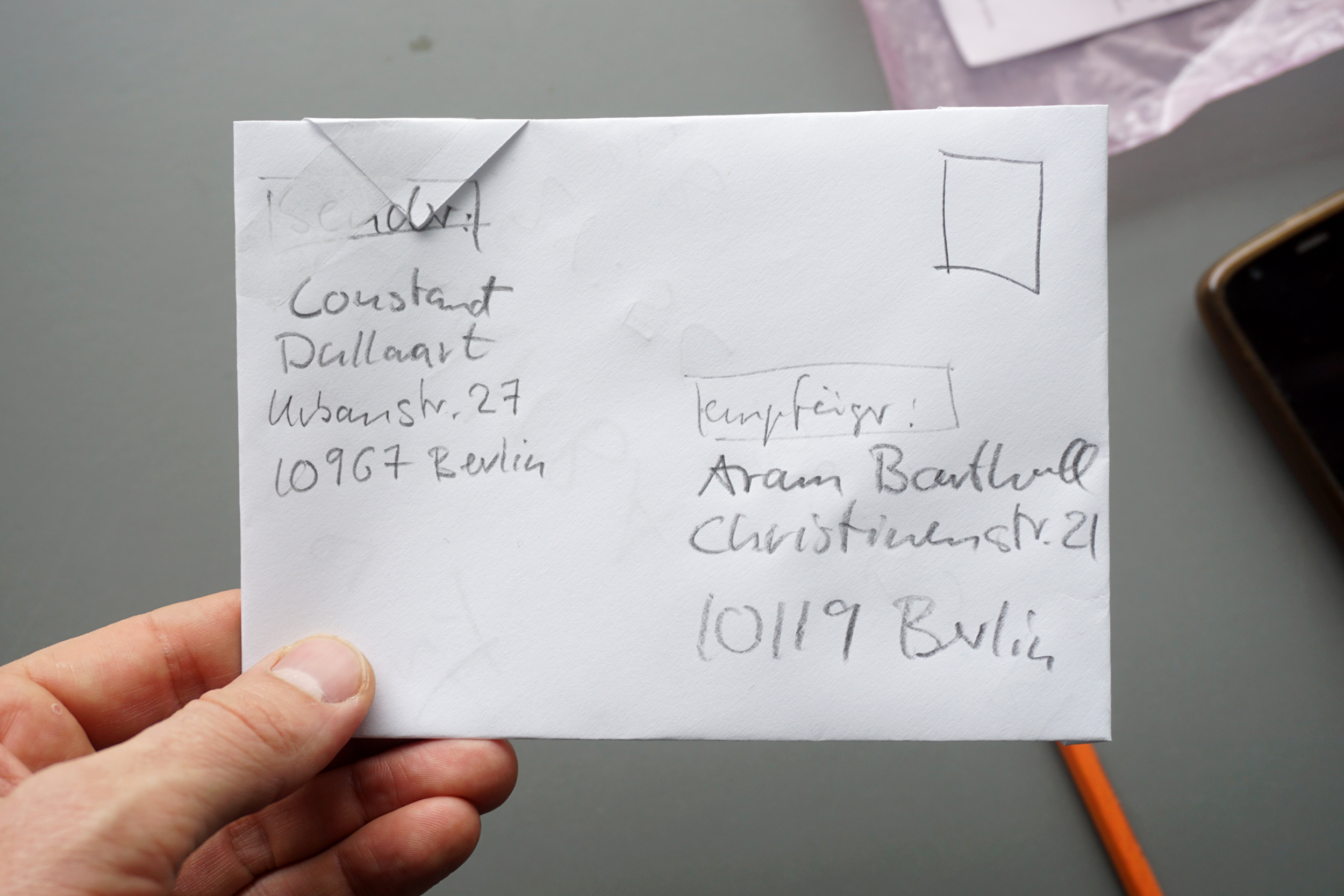 POST HACK or How To Send A Letter For Free:
A letter is a message written with a pen on a piece of paper (dead tree) which gets delivered in its physical original form[!!] to the recipients physical home address (house in a city i.e.). Wow, pretty cool concept, no?

How does it work? The postal service will try to deliver the letter to the recipients home. Due to wrong address it will  fail and the letter will ‘go back’ to ‘the sender’ which is the real recipient. In my first try below I just swapped sender and receiver which led to a visit at the post office in Berlin where I had to reject my own letter to make it ‘go back’ to ‘the sender’ in Berlin.

On Tuesday October 20th after class I posted the letter at a letter box (funny metal container in public, different colors depending on the country you re in) in Kassel

Since I put my real address as recipient the Deutsche Post did send me a note (another piece of paper!)  to my Berlin address to let me know they have a letter for me. They also announced it’s gonna cost extra money because the sender was so stupid to put no stamp. 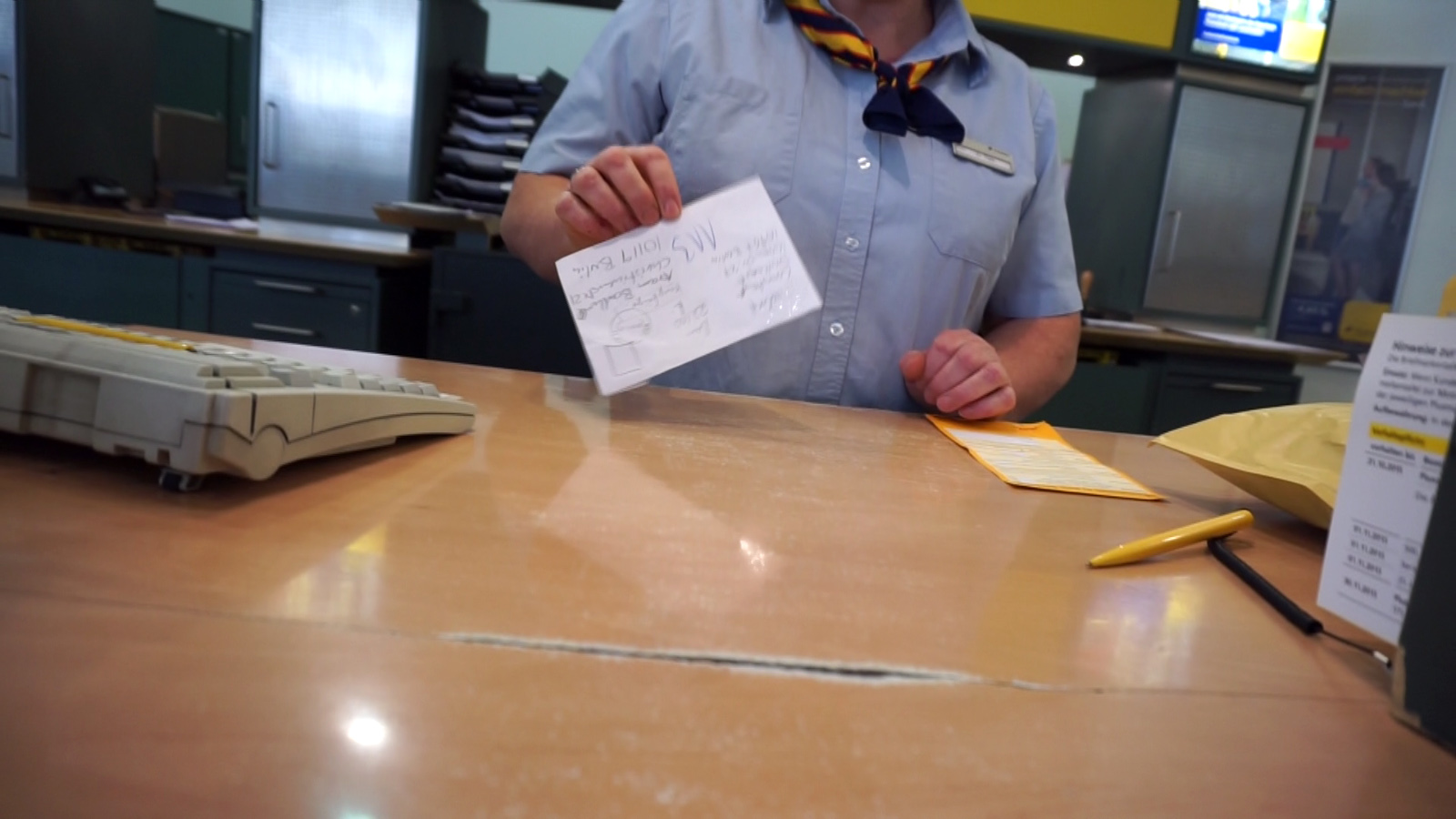 So I went to the Post office on Torstrasse in Berlin and told the clerk that I don t know the sender and that I m not gonna pay 62 cents + 51 cents fine for this strange piece of paper. No problem she said and filed it away… 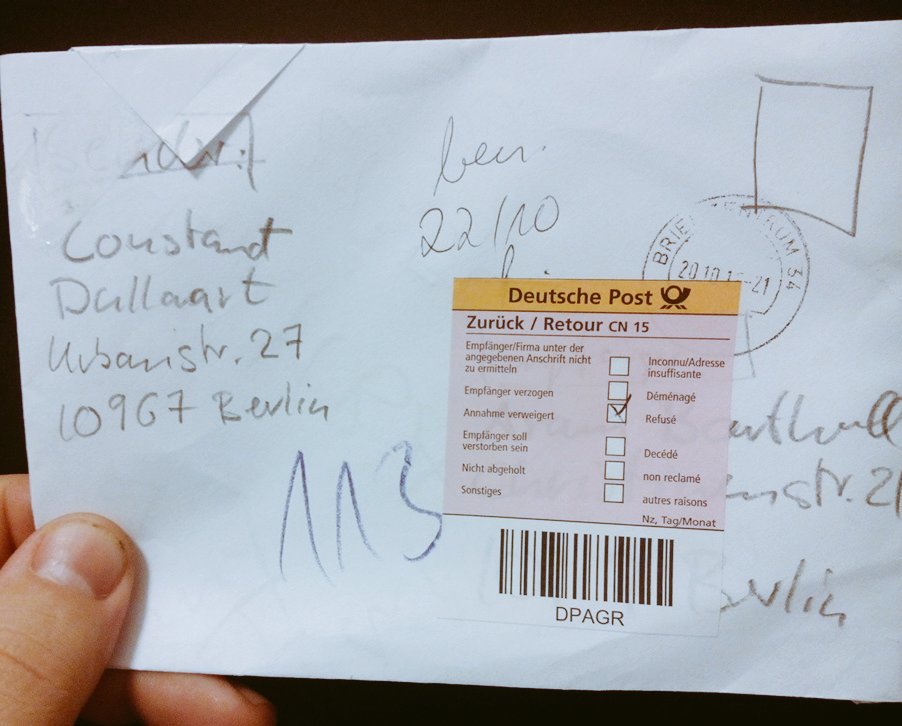